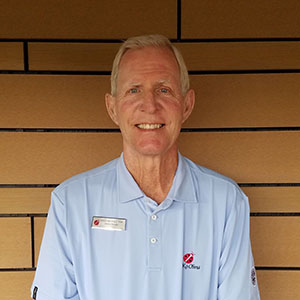 Greg grew up in Maryland, just outside of Washington D.C. and fell in love with the game of golf at first sight when he had the opportunity to play his first 9 holes of golf at age 13. He then moved to Hawaii in 1971 for his sophomore year at University of Hawaii. Upon graduation from the University of Maryland, Greg entered the Hawaiian golf industry, working in food and beverage and golf course maintenance positions at Hawaii Kai GC and Honolulu CC before turning professional and accepting a position at the historic Waialae CC in 1979. In 1986, Greg was promoted to Head Professional, where he served until 2002, at which time he accepted a position at Ko Olina Golf Club to serve as General Manager & Director of Golf.

Greg's role model growing up was Arnold Palmer, who instilled in him the importance of giving back to the game. His passion has always been in helping to grow the game of golf, whether it be through junior golf, introducing the game to new players, developing better players, mentoring fellow professionals or helping community & charitable groups to further their missions. In 2007, Greg joined forces with the principals of Nanakuli, Nanaikapono, Ka Waihona Elementary Schools and Nanakuli Intermediate and High Schools to form the non-profit Ho'Okipa I Po'okela (Commitment to Excellence) golf program which provides year-round free instruction, equipment and playing privileges to keiki from the Nanakuli school district. 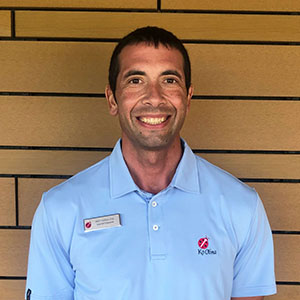 Andrew Farrea arrived at Ko Olina with over 18 years of experience in the golf industry, with 11 years of experience as a Head Golf Professional and 13 years as a PGA member.  After graduating from Methodist University in 2006 with a degree in business administration and professional golf management, he would go on to serve as the Head Professional at Newport National Golf Club in Rhode Island for 8 years and just over two years at North Sound Golf Club in the Cayman Islands.  Andrew served as the primary golf instructor in his previous two roles and possesses a teaching philosophy of shaping each lesson to work with each player’s unique strengths and limitations to produce an experience that is both productive and fun!  Andrew is also one of the few PGA professionals nationally who has earned two PGA Certifications in both Golf Operations and Player Development from the PGA’s Certified Professional Program. 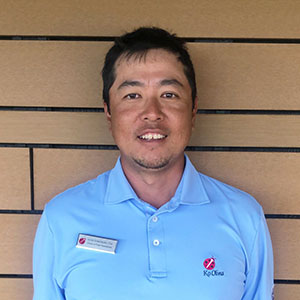 Kevin grew up on the island of Maui where he worked at the prestigious Kapalua Golf Club before joining the Ko Olina Team back in 2010. Growing up around competitive golf, he developed a passion for the game. He is now our Director of Player Development and now looks to share his knowledge and experiences to help golfers of all ages and skill levels reach their goals and potential. He believes that all golf swings are unique and strives to develop correct concepts, a feel, and an understanding for each of his students to attain their desired goals. Some of his awards and accolades include: 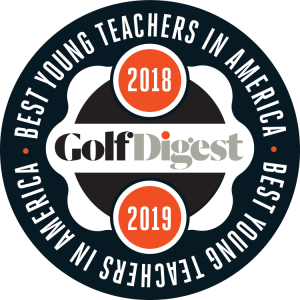 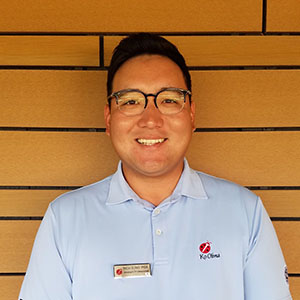 In 2015, Rich graduated from Campbell University with a degree in Business management and received his PGA Class "A" membership. Right after graduation, he moved to Hawaii and began his position at Ko Olina, where he has been a great asset to the team. He continued his education and received his TPI certification (Titleist Performance Institute) and became a Certified US Kids teacher. He is one of the few on the island to have the certification. Rich works well with younger kids and beginners. He is currently in charge of the Ko Olina Kidz Club classes for ages 5 to 12. 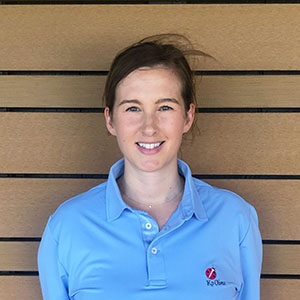 Katie grew up in Cheney WA but studied and played golf at Lewis-Clark State College in Lewiston Idaho where she earned her Bachelor of Science degree majoring in Biology. She played on the traveling team all 4 years, redshirting one year to focus on academics and travel abroad. While being at LCSC she had the opportunity to play in 3 NAIA National Championships.

Shortly after her final NAIA National championship, she took the PGA Players ability test where she passed her first time and decided to remain in the golf industry pursuing her PGA Golf Management certification. It was during her time working as an Assistant Professional at Spokane Country Club (now known as the Kalispel Golf and Country Club) that Katie had the opportunity to become the Head Women’s Golf Coach at Whitworth University at the age of 24yrs. She coached at Whitworth while working at SCC for 3 years before deciding to move to Hawaii and gain NCAA Division I coaching experience at the University of Hawaii in Manoa. She spent one year being a Volunteer Assistant at UH gaining valuable knowledge before continuing her PGA Golf Management certification working out of Royal Hawaiian in Kailua Hawaii.

Since finishing her Class A PGA Certificate she has begun the process to gain her LPGA teaching credentials and is TPI Level 1 certified. Along with the work she does at Ko Olina Katie still enjoys coaching by working closely with HSJGA (Hawaii State Golf Association). Katie has Co-Captained the Asia Pacific Cup for years 2016, 2017 & 2018 and has been the Co-Captain/Captain of the Hawaii team for the Girls Junior Americas Cup for years 2016, 2017 & 2018.

Andrew Ka-ne is born and raised in a small town called Kahuku where he picked up the game of golf. He once told his dad that golf is a senseless game, hitting a white ball and chasing after it. Little did he know that golf would be his passion.

He played on the golf team for Kahuku for four years. He then pursued going to the Golf Academy of America in San Diego California. Soon after graduating from the Academy he returned home and now is currently at Ko Olina Golf Club.

At Ko Olina he is involved with the Sunday Kids Club, Get Golf Ready, Daily Clinics, and Private Lessons. He also takes pride in teaching a non-profit organization called Ho'okipa I Po'okela, this program gives the kids from the Nanakuli area the opportunity to learn about golf and life lessons. 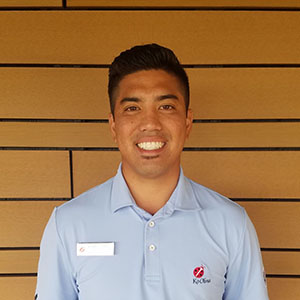 Born and raised on the Big Island, Kamai grew up playing baseball for the majority of his youth and did not actually start playing golf until his grandfather introduced him to the game at 16 years old. Kamai fell in love with the competitive aspect of the sport and was primarily self taught. Kamai then joined his high school golf team. It was after working with Kelvin Miyahira, one of the best instructors in Hawaii, who opened his eyes to the teaching and instruction aspect of golf. Kamai believes in clubface stability and rotation to create longer and more accurate shots. Having spent some time with the junior golf programs we offer, Kamai says should also be fun and entertaining as well as challenging and competitive. 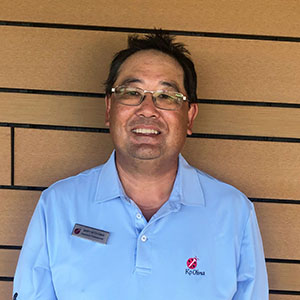 Gary developed a passion for golf through his 10 years of service as a Guest Service staff member at KoOlina Golf Club, and in 2017 Gary became an Assistant Golf Professional. As a believer in giving back to the community, Gary assists as one of the coaches of the Ho’okipa I Ko’opela Junior golf program. Gary takes great satisfaction in teaching and seeing the development of his students in the KoOlina Kidz Club and all levels of his Get Golf Ready (GGR) students. Gary is able to help all students from the young to the seasoned golfer and is available for daily clinics, private lessons, and group classes. 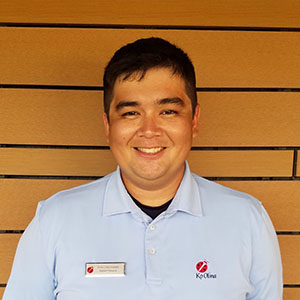 Ryan was born in Japan and began playing golf at the age of 10. He started playing through various junior programs where he formed an appreciation for the game of golf. He had his first teaching experience at the age of 14 and volunteered to teach young children just starting out in the game. Ryan attended New Mexico State University and enrolled in the PGM program to become a class A professional. Presently, he is a part of Ko Olina Golf Club's Associates Program. Ryan is currently focused on learning about teaching the game of golf and playing in as many tournaments as possible. If he is not working in the Pro Shop, you will most likely find him practicing on the driving range!